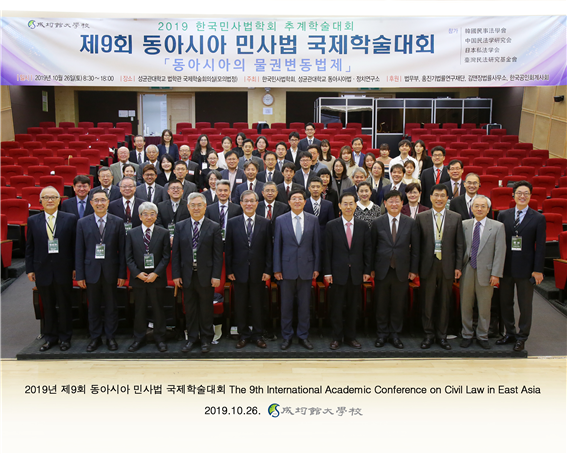 Since its inception in 2011 as an association of leading civil law societies in China, Japan and Taiwan under the initiative of the Korean Civil Law Society, ‘the East Asian Civil Law International Conference’ has held academic conferences at universities representing several countries. The topic was the "Material Rights Transaction Law of East Asia," in which most chairmen and presenters of each country's civil law societies visited Korea, bringing the number of delegates from each country to around 40 and continuing heated academic exchanges with about 50 Korean participants. 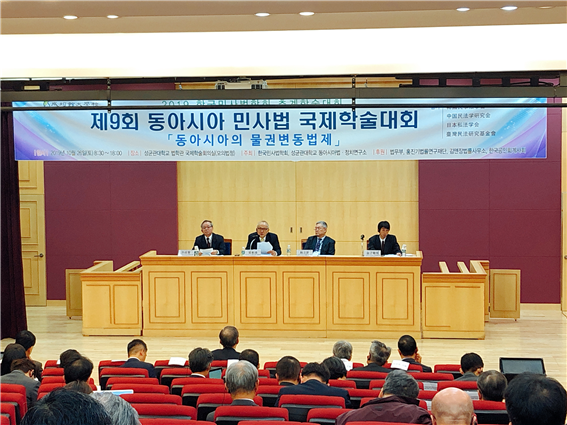 Delegates from each country met on the evening of October 25 (Friday) at Samcheonggak's Yuyujeong Pavilion participated in the academic conference from the early morning of October 26 (Saturday). Starting with a congratulatory message by Cho Jae-yeon, an alumnus of Sungkyunkwan as well as Supreme Court Justice, the opening ceremony was followed by congratulatory messages by local and foreign guests such as Min Man-ki, Court Chief Justice, and Lee Yong-gu, judicial office director. After that, presentations from all four sessions at the conference were progressed. 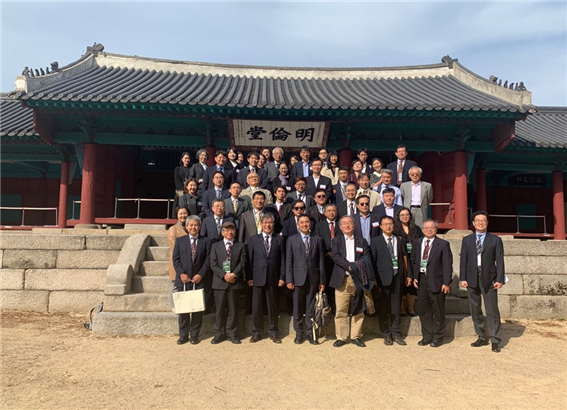 This academic conference became an opportunity to promote not only academic achievement but also historical and cultural traditions and high-tech facilities of Sungkyunkwan University. After luncheon at the Faculty Club of the 600th Anniversary Hall, participants toured the old Sungkyunkwan campus, visiting members of the Munmyo Shrine (Myeongryundang, the cathedral) and said that they realized that it was a cradle of learning in name and substance.

After the closing ceremony of the academic conference that lasted until the evening, they continued heated debate enjoying a dinner at Okryucheon.

On October 27(Sun) meeting and Supreme Court excursion as part of academic event were held and in the afternoon cultural events visiting Insa-dong, Samcheong-dong, Gyeongbok Palace were gone on, feeling deepening fall.In the evening prior discussion of academic event, expected to hold in China next year was progressed reviewing successful academic event in Sungkyunkwan University in Korea. After that, in the morning on October 28(Mon) delegates of Japan, China and Taiwan left for their own home.